Accidents can occur when drivers are too close to the car in front of them, and many drivers do so without knowing it. Adaptive Cruise Control always keeps the distance safe, but it is not always used. This is one of MeBeSafe’s ACC measures that could increase the use by almost 50%.

Increase distance between cars by increasing use of Adaptive Cruise Control

Circles on an in-car screen moving around randomly, while starting to behave more and more controlled when using ACC. The screen also tells if ACC is on or off to give a hint of the purpose. 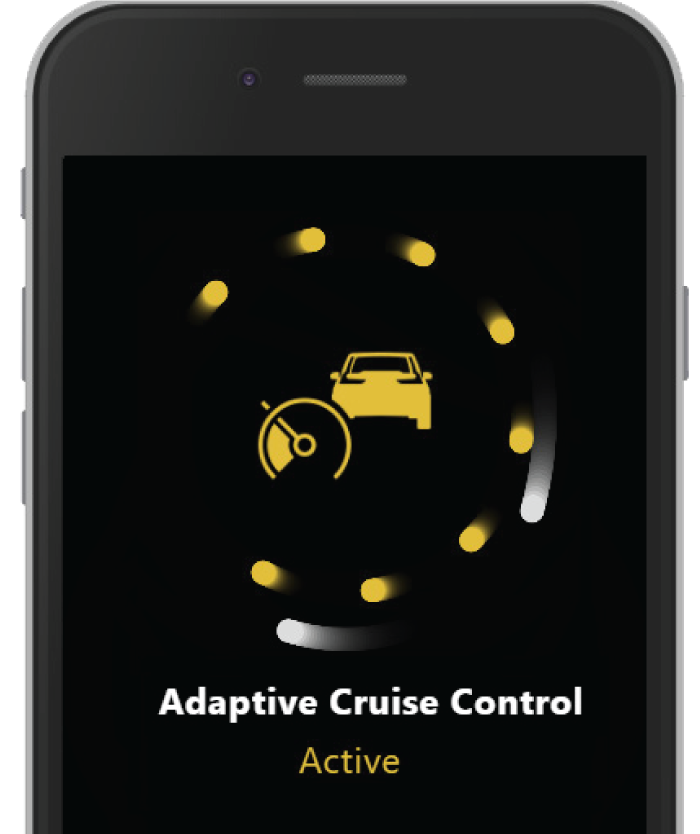 If a car has Adaptive Cruise Control (ACC) today, the drivers have to turn it on by themselves. The MeBeSafe field test showed that test drivers have it on for 14% of the time. Two measures were tested to increase their usage.

The first measure is based on people’s love for orderly things. It is a graphical visualisation displayed on a screen inside the car and it starts off with ten balls randomly moving around. The balls are accompanied by a text stating whether ACC is on or off, to give a subtle hint of what the balls actually relate to.

For every minute the driver has ACC on, one ball goes from random movement to a controlled slow flow at the centre of the screen. After 10 minutes, all the balls are flowing smoothly in a big circle and will keep on doing so until the next day. This measure led to ACC being used 21% of the time, an increase by 46%.

The two measures had different effects on different people. Some responded much better to one or the other of the measures, and few seemed to have an equal reaction to both.

The test was carried out on 49 participants, with a baseline period of 2 months, and a testing period of 8 months.

READ ABOUT THE OTHER ACC NUDGE HERE