Resident feedback: Making a connection to the people passing by

When you’ve designed something new, you naturally want to talk to people and see how they react. But if you built it on a motorway, you can’t just stop drivers and have a chat. MeBeSafe has found a way to connect with them.

You are cruising down the lane of the good old motorway. A catchy tune is played on the radio, and you are not fully alert to everything around you. So when you take the exit from the fast road, you might not remember or be able toslow down enough. But in this case, something unusual happens. Lights illuminate on the sides of the road and start moving towards you. You have just witnessed the MeBeSafe InfraDriver Nudge – nudging you to slow down. 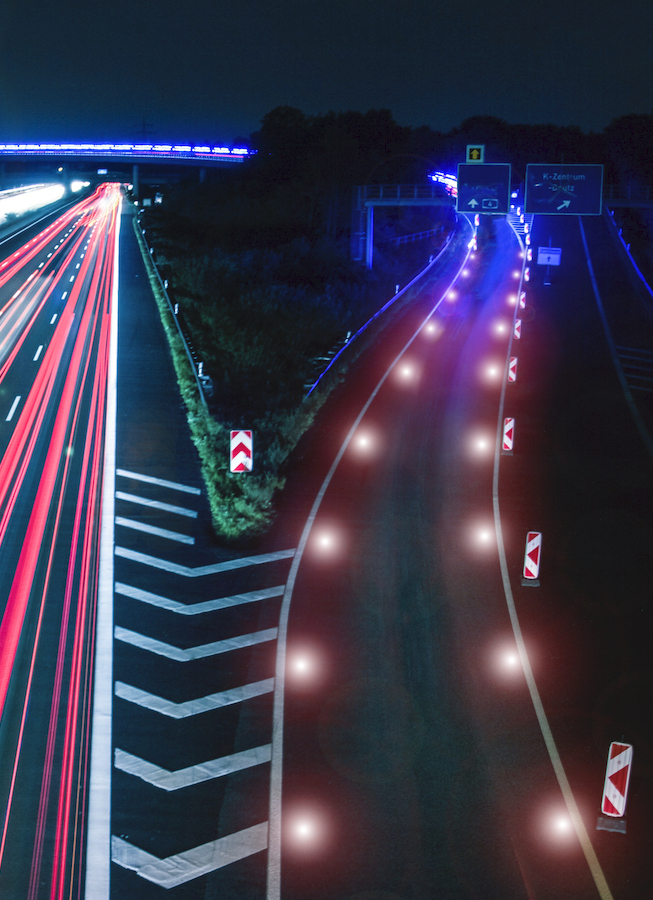 “The nudge is made to slow down the people who need it – when they need it” Milou van Mierlo from Heijmans explains. “Driving 120 km/h on the motorway is not a problem – but driving even a little under 120 km/h on an exit is, and then you will get nudged.”

The moving lights act upon you to form an illusion that you are going faster than you actually are. This illusion solution is the result of a long pre-study with a lot of evaluations led by ika at RWTH Aachen, and it has now been installed on a real road after testing in ika’s driving simulator.

“Heijmans has built lights into a lot of roads before, so it was up to us to get the nudge to the real world” Milou states. “The project is measuring the quantitative effect, but we also have to know what people think of it.”

Talking to the people is an essential part in evaluating how well something worked, so that needlessly had to be done. But the nudge is put up on a motorway exit, and you can’t just stand there with a coffee booth expecting people to stop in the middle of traffic and talk about their experience. Neither could you put up a QR-code with a link to a survey, believing people to scan it when they drive past. Both alternatives could actually promote risky behaviour, and MeBeSafe is about making traffic safer.

“We had to find another way to get in touch with the people, and the journey began already when selecting where we should place the nudge” Milou exclaims. 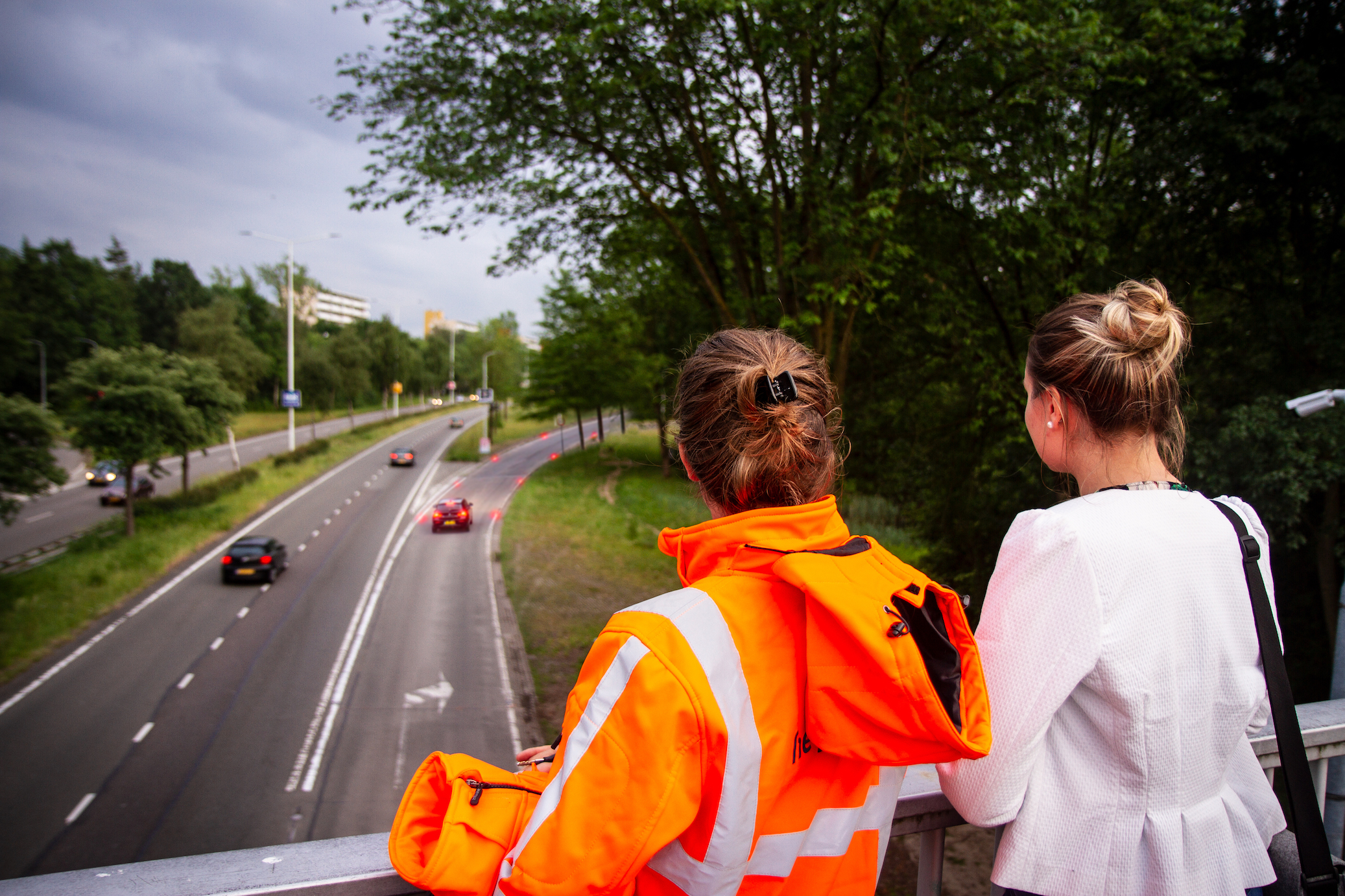 ”I think it makes you more aware of "driving" and driving less on autopilot. I saw cars brake in front of me. It seems that people slow down more.”
– Respondent 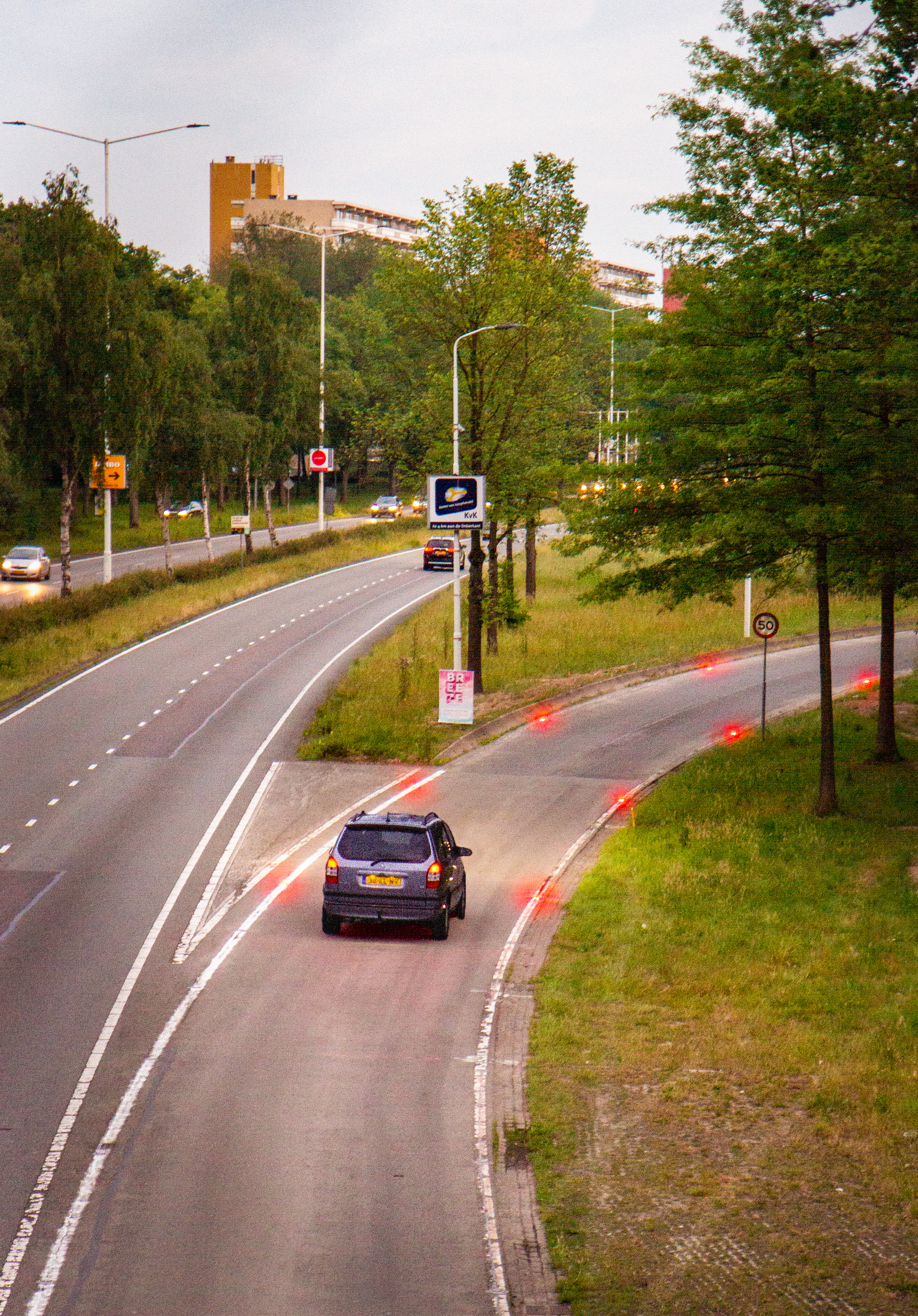 As the nudge is only visible when you are speeding, not everyone will have seen it. But some will, and some might have seen it turn on for cars in front of them. Together, this opens up a lot of possibilities. In the Netherlands, local people tend to organize themselves in community committees – like a union based on your location and not your job title. Milou met the local committee and was able to talk to the people actually experiencing the nudge.

“The communities all have their own communication channels we could use, and the city had a local digital panel that they opened up for us. And of course, we could send out surveys to people within the postal code zone” Milou tells, “So we actually got to hear from the exact persons we wanted!”

The results from the surveys are being analysed at the moment, but the indications are positive. People seem to appreciate it. At the same time, other partners are evaluating the effect on traffic safety. So if the nudge is appreciated by people as well as having an effect on road safety – it may well be used at other dangerous exits across the world. And by choosing a test location where the right people could be targeted better, MeBeSafe’s research can progress more efficiently. Milou van Mierlo is enthusiastic.

“It is really nice to hear what people say. You put it out there for people and then you get their feedback. They are the ones you built it for, so they are the ones who matter in the end.”

”Only a traffic sign does not seem sufficient. Speed cameras seem excessive. I think the light system would be a good alternative.”
– Respondent