Nudging is all around us

but we are not using it to its best potential yet

MeBeSafe have shown the possibility of nudging road users by using attributes of commonplace infrastructure measures; lines on the street (see here) and signalling lights (see here). Does that mean that commonplace infrastructure measures are nudges? As some misconceptions of what nudging is and isn’t are still prevalent, the short answer is No. The long answer is a grayscale rather than being black or white. Let’s start with some similarities.

Nudging is originally an economic concept of deliberately changing the behaviour of people while requiring as little cognitive effort as possible on their part. A nudge should be beneficial for the people involved, not impose limits, while also not having an impact on their private finances. Furthermore, MeBeSafe have strengthened the case for two different kinds of nudges, type 1 and type 2. The former triggers an unconscious decision while the latter triggers a conscious decision. 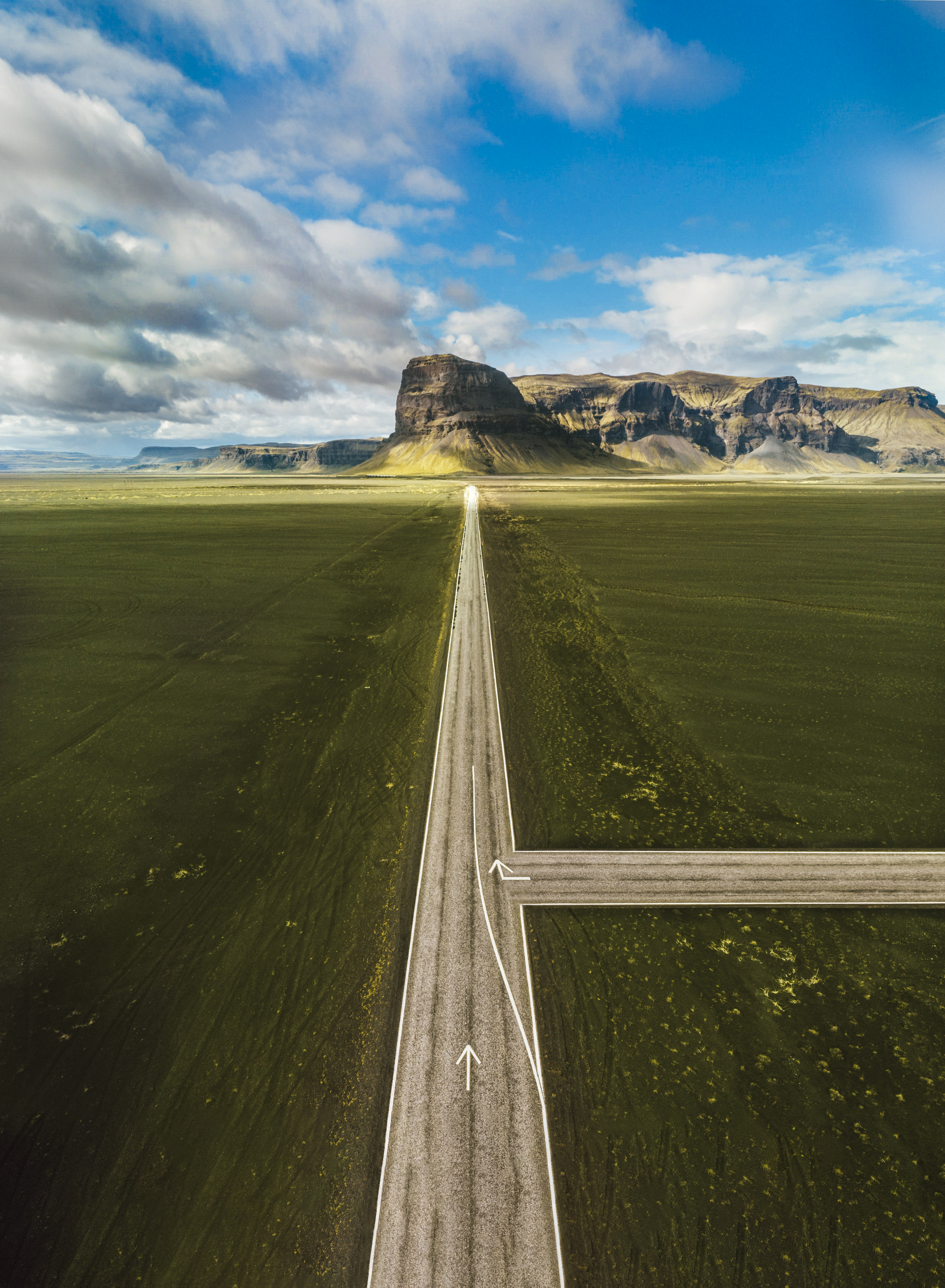 The idea of infrastructure, in traffic and transportation, is hidden behind the obvious answer that is ‘to facilitate traffic and transportation’. The real answer lies in how we do it – by constructing lanes, road markings and signage that are showing different types of road users how they should interact among each other for each of them to reach their destination safely and efficiently. For this to work, arguably, the purpose of infrastructure can be formulated as streamlining the behaviour of road users to create predictability among them, so they can form a tacit agreement on how to behave.

We can observe that nudging and infrastructure both are about deliberately changing people’s behaviour in favour of all involved. So, what is the difference? In brief, a nudge only works in a specific context – described by the sum of all stimuli from the surroundings – and requires modifications to fulfil its purpose in another context. Meanwhile, commonplace infrastructure measures are often copy-pasted for the sake of uniformity. This fact makes infrastructure prone to function better or worse when the surrounding context changes along the journey.

With almost certainty, you as a reader can surely name at least one occurrence where you’ve seen infrastructure that didn’t function well in practice. Truth is that a lot of things in the immediate surroundings are affecting our behaviour. If a cyclist lane is too close to a building, cyclists will be more prone to increase the distance, to see ahead if someone is coming around the corner. Same with pedestrians who will likely take shortcuts when approaching their destination – so-called desire paths – which sometimes involves running across the road earlier instead of waiting until the crossing.

City planners of course know about these behaviours. However, they are often addressed by imposing restrictions, such as putting up railings, to make people less likely to go where they might put themselves at unforeseeable risk. On the other hand, raise your hand if you’ve ever seen someone either duck under or jump across one of those railings. The behaviour of wanting to travel a certain path exists because something has triggered them. Senior researcher Pontus Wallgren from Chalmers University of Technology frames this as unintentional nudging:

“There is a huge variety in infrastructure between cities,” according to Pontus Wallgren, “So we think there’s quite a lot of unintentional nudging going on and we think that is something very much worth looking into to see how we can be more intentional with how we do nudging.” 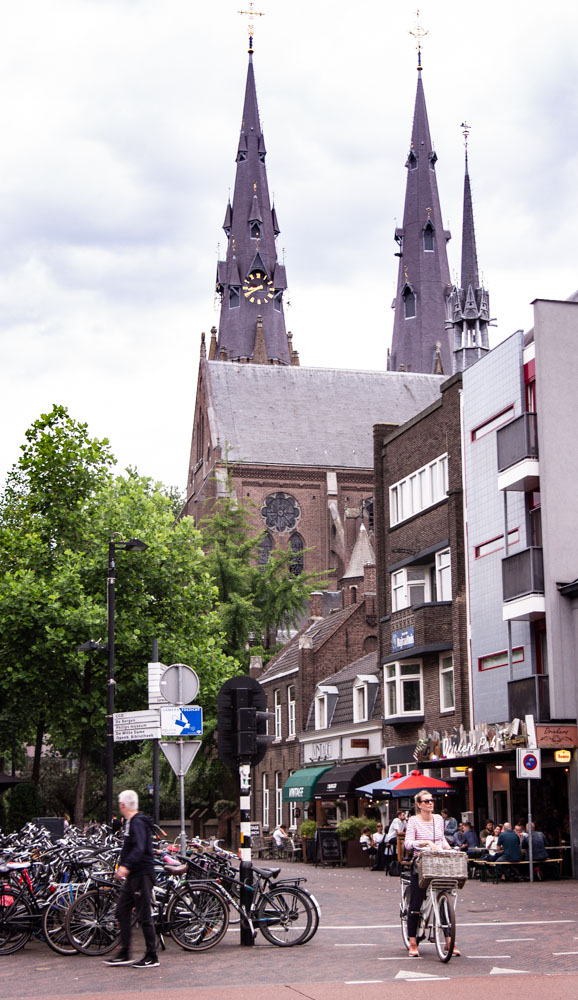 If we approach the previously mentioned behaviours with intentional nudging, one tactic could be to make it much easier to walk across the road earlier from a singular point, while another could be to make crossing at the intended location more appealing by some means. In doing the former, we might create a stronger cue for the drivers that this behaviour is indeed happening, and they don’t have to be surprised by people suddenly walking across the street from just anywhere. Another example could be to change the visual stimuli, by hiding the destination behind vegetation, so that people will not be triggered to start walking across the street before the crossing. Pontus Wallgren has yet another example:

“Cones are a very common way of trying to affect how people move through some road works,” Pontus Wallgren explains. “It works with cars, but for cyclists they are often in the way and really obstructing. We did a couple of small experiments very early on in the project, where we just taped up some line markings and a bike symbol nearby a road work. Immediately, opposed to the confusion of ‘how should I behave here’, the people started acting much less chaotic and more controlled.” 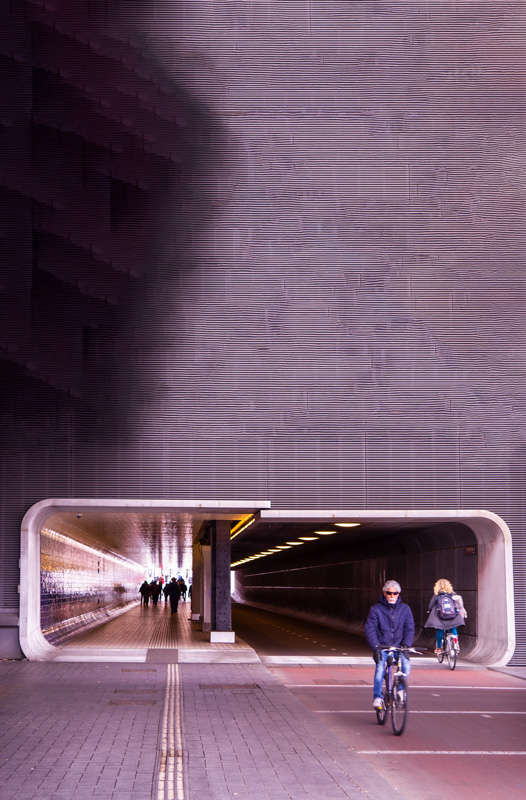 It could be argued that when the infrastructure measure itself is the dominant stimuli – like a straight cyclist lane among peaceful meadows on either side – it will work more or less like nudging (type-2) and have the cyclists follow the intended lane. But in locations where cyclists don’t follow the lane, it’s probably due to other stimuli being more dominant – like when there’s a bench or garbage bin on one side of the cyclist lane and a pedestrian lane on the opposite side. This increases the interactions with pedestrians and may have cyclists evade that stretch of lane altogether. It may sound like a stupid arrangement to begin with, but it’s more common than you might think.

“We tried things that were really subtle in our design process, and stuff that was not really a nudge at all,” Pontus Wallgren continues.“For bikes we ended up with realizing that a nudge can’t be too subtle, because there’s a so much happening around you when you’re biking, so we need to make it stand out in some way.”

Following the above examples, we can discern how common infrastructure measures could work as nudges or not, depending on the specific location they are observed at. It’s also clear that without a great understanding of the location you want to nudge at, you might not be able to nudge people as expected. Because people are people. There’s still a lot more to uncover about nudging and infrastructure before nudging is an integral and fine-tuned component of our infrastructure. But the promise is there, and MeBeSafe is paving the way forward.