Light patterns in the road to get drivers to slow down

Drivers are often going too fast, especially when leaving a high-speed motorway. And motorway exits can have rather sharp curves, leading to potential accidents. MeBeSafe have realised a nudge that could reduce the number of speeding drivers by 40%, by exposing them to lights embedded in the road.

Have drivers slow down in accident-prone locations

Lamps on the roadsides being lit up statically or moving towards a speeding driver to give an illusion of higher speed.

Speed reduction of 4.9% on average, number of speeding vehicles reduced by 40% 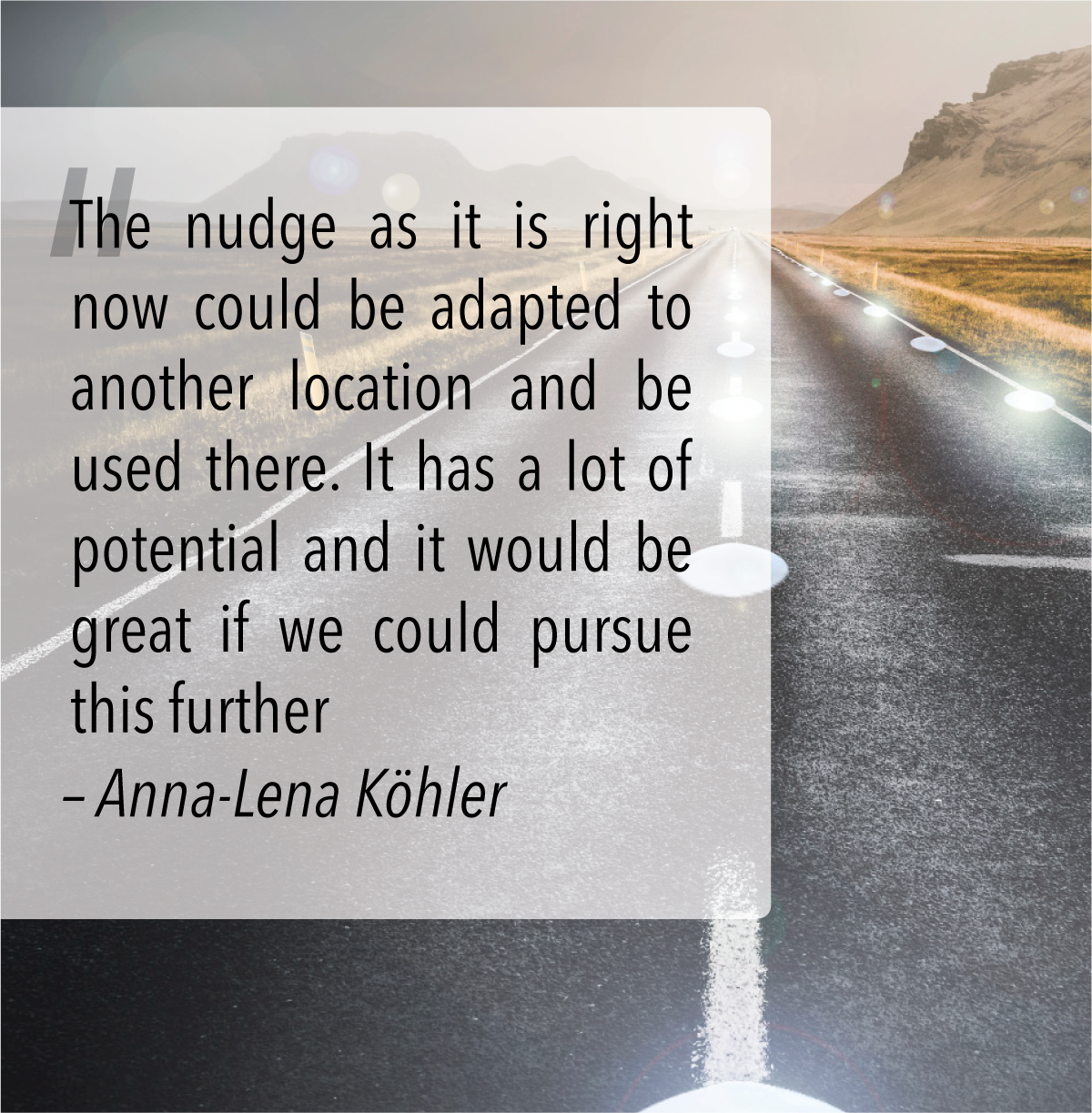 Many drivers are habitual speeders, i.e. speeding without actually being aware of it.  In the field test study, 67% of all drivers at a certain motorway exit were driving too fast; many likely without being aware of it. There is no reason to believe this would be different elsewhere.

The measure is based on an array of lights embedded in the roadsides. When a driver is detected to be driving too fast, lights will start moving towards the car to create an illusion of going faster than they really are. This is made by lighting up every third or fourth light, and alternating them so that it seems that the light itself is moving at a certain speed. A version with only static lights has been tested as well. The nudge is only activated for drivers who are actually speeding.

To make this work, a detection algorithm was developed. Cameras were put up to capture the exit, and the system evaluates each passing vehicle. The speed and deceleration are measured and used to estimate the speed profile in a small gap between the cameras. And although the official speed limit change instantly, the nudge allows for a speed profile more in line with how decelerating actually works. This is the basis for when the lights are turned on.

The measure was found to reduce the amount of speeding vehicles by 40%, and an average speed decrease of 4.9%

The measure was put up on a real exit in Eindhoven with on average 19.000 passages per week, and was evaluated over a period of 5 and a half months.

developed by ika and ISAC at RWTH Aachen, Heijmans and the BMW Group