Vulnerable road users are easily overlooked by drivers when they are crossing each other’s way. Cyclists could be hidden from the view or drivers could have their attention elsewhere. MeBeSafe have found potential to nudge more than 60% of drivers to slow down or become more aware of crossing cyclists.

A head-up-display projection of an intersection symbol, getting a notch from one side and changing colour when a potential hazard is coming from that direction 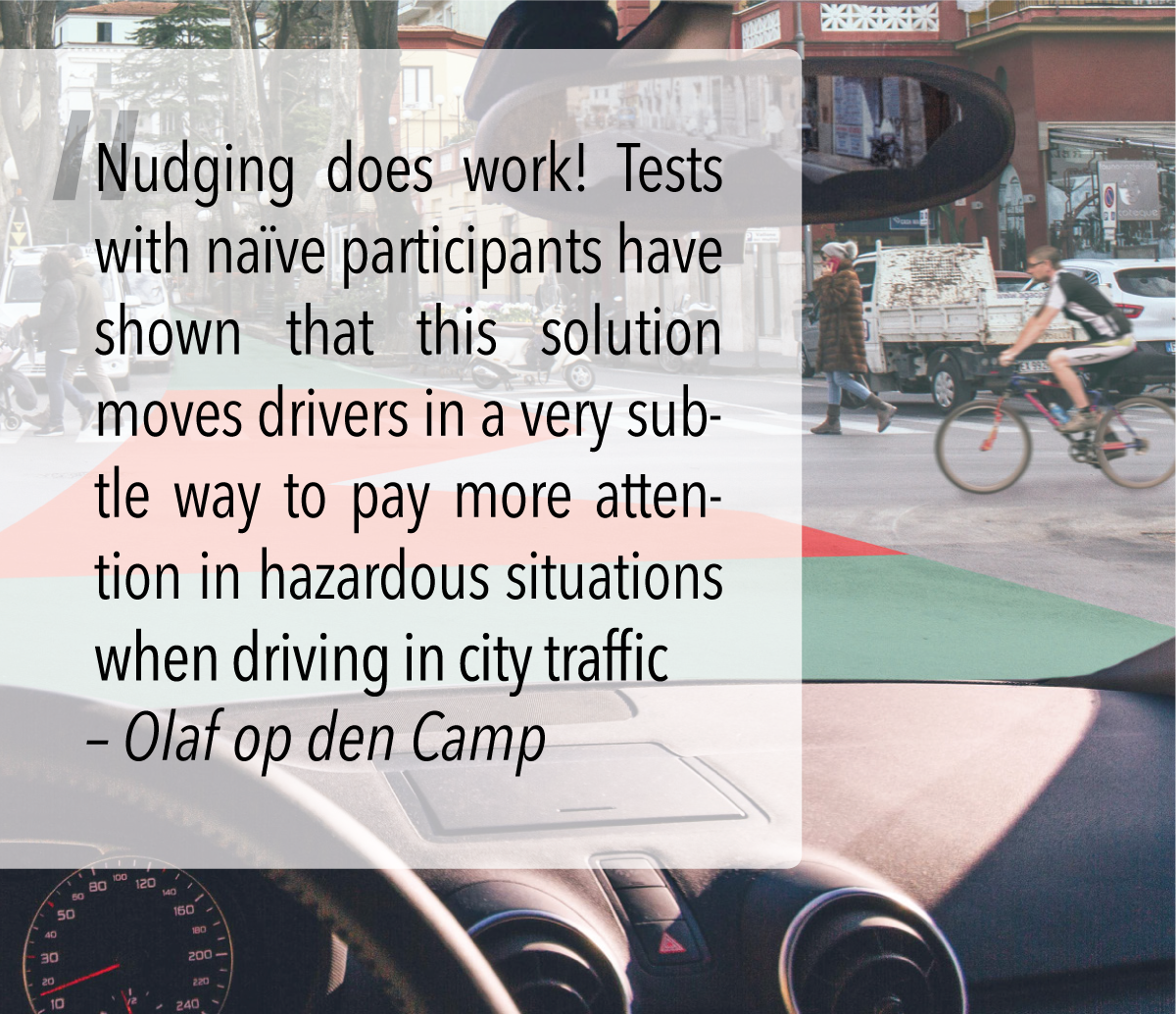 Up to 30% of all accidents occur because drivers are not looking properly for traffic potentially crossing their path. Some cars have installed automatic braking features, but they only come into action when a road user is directly in front of the car and a collision is imminent. This could be too late.

It adresses both the local static hazard, as well as the dynamic hazard. The static hazard is based on the risk of an accident at a specific location. This is useful when approaching cyclists are hidden behind obstacles. The dynamic hazard considers cyclists in direct view of the vehicle. Using an AI-based cyclist prediction model, the risk that the cyclist is going to interfere with the vehicle in the upcoming seconds is estimated. This prediction model is one of the key innovations in MeBeSafe.

The test-implementation of the measure led to 56% of the drivers looking more to the appropriate direction, and up to 64% decreased their speed in 50 km/h speed limit zones. The HMI-measure was tested on 22 participants driving a prescribed 1-hour route in Eindhoven, measuring their direction of gaze and their speed. They drove the route twice to encounter both baseline and treatment conditions.