Cyclists are sometimes too fast or using too little attention when approaching an intersection where the view is blocked. It’s seldom obvious that this is the case. MeBeSafe have developed a nudge based on flat stripes getting closer together to give an illusion of speed, leading to twice as many cyclists slowing down before a dangerous intersection.

A number of completely flat stripes going across the road, gradually getting closer together to give an illusion of speed.

Potentially double the share of cyclists reducing their speed 10-30% before an intersection, depending on location. Average speed reduction due to nudge 3-7% 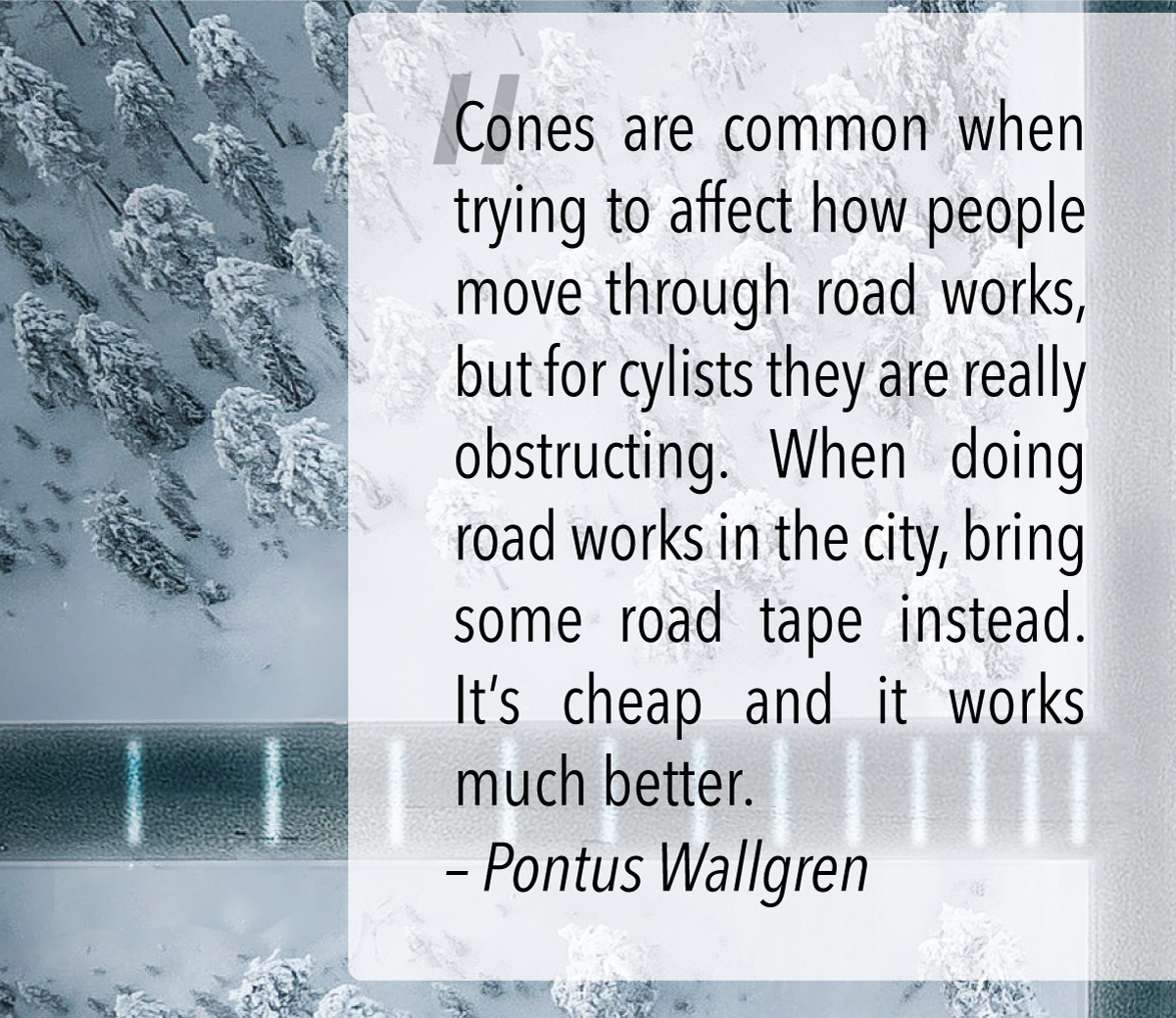 Most accidents between bikes and cars occur at intersections, especially where the view is blocked. Today, there is no real help for cyclists to recognise a dangerous intersection, as they are deceitfully similar to safe ones.

The measure is based on flat stripes on the road, getting progressively closer together. The nudge runs over 19.9 meters, and the first gap between two stripes is 2 meters. This is gradually decreased to 0.6 meters. Cyclists do not actively notice this gradual difference, but are affected by the illusion that they are going faster and faster, meaning that they slow down.

Studies showed that this likely affected the cyclists subconsciously, without them being aware that they slowed down.

The nudge was found to decrease the speed. Up to twice as many decreased their speed 30%  when going towards the intersection, with an average of 3-7% extra speed decrease depending on the location. The acceptance from cyclists is very high at 90%.

The nudge worked even in a strong downward slope, indicating effectiveness even in very difficult situations, although with different results.